An urgent prayer request from our friends Gilbert & Virginia... 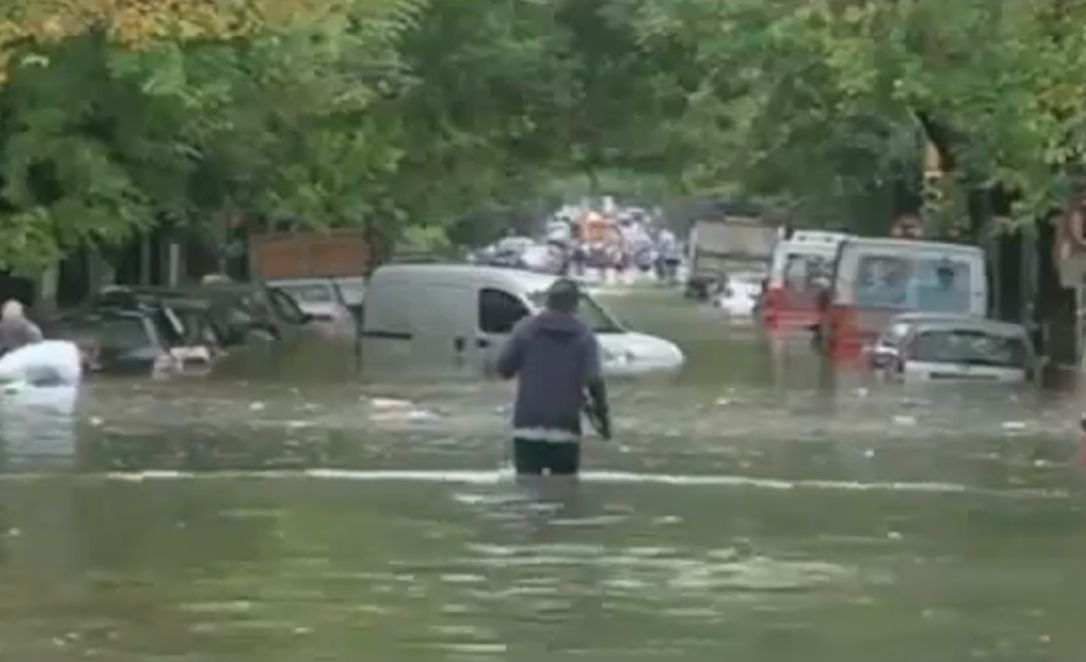 We are writing you this special prayer request for our city of La Plata, Argentina where we lived.
The storm that hit Buenos Aires and moved south to La Plata brought rain from Monday afternoon until 1am Tuesday morning. In a 2 hour time period more than 40cm of water came down causing flash floods. These, "record flash floods have caused the death of over 52 people this week, officials said on Wednesday, destroying thousands of homes and renewing tensions as politicians blamed one another for the high death toll.
At least 52 people drowned in their homes and cars, were electrocuted or died in other accidents as flooding from days of torrential rains swamped Argentina's low-lying capital and province of Buenos Aires.
Many people climbed onto their roofs in the pouring rain after storm sewers backed up. Water surged up through drains in their kitchen and bathroom floors, and then poured in over their windowsills."


"In 12 hours it has rained what it normally rains in the entire month of April," Santiago Martorelli, cabinet chief of the city, told the state-run Telam news agency. The rainfall in that period was 13 inches, he said.
"This storm is a catastrophe without precedent," Martorelli said. Some 3,000 residents of La Plata have evacuated due to the rain, officials said….
President Cristina Fernandez de Kirchner toured some of the most heavily damaged areas Wednesday evening….Police patrols in the area will increase, she said, due to residents' concerns for their safety. "People told me that they are afraid," she said, "beyond what they've lost."
At least four of our AG churches in the city were hit very hard by the flooding and our students and friends that we have had contact with have lost most if not all of their belongings due to the flooding. One student in particular, Juan D., wrote us and said that his wife was coming home Monday in their car that evening but was stopped by the rain. She was stranded inside and had to be rescued. She spent the night in a families home with water up to her waist and was unable to return to their apartment until the next morning. Their car was destroyed!
Another friend told told us that she spent the night in the dark on top of her furniture with her dogs floating in the water nearby, all of her belogings were under water.

Please pray with us...
The people of La Plata desperately need our prayers

Gilbert, Virginia & Sofia Contreras--AG Missionaries to Argentina
Posted by Bart Coffey at 11:33 AM