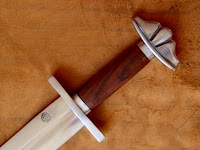 "When the Philistines found Saul and his three sons lying on Mount Gilboa, they cut off his head and stripped off his armor...They put his armor in the temple of their goddesses and fastened his corpse to the wall of Beth Shan. When the people living in Jabesh Gilead heard what the Philistines had done to Saul, all the fighting men marched all night and took the dead bodies of Saul and his sons from the wall of Beth Shan. " (1 Samuel 31:8-12 NLT)

It's probably a "guy thing", but I love this passage. I appreciate the respect for leadership and the national pride they portrayed.

I especially enjoy the no-details way the last verse says they 'took the dead bodies from the wall'--leaves room for my imagination and the aggressive attack that took place.
They were on a mission.

Is there anything I would be that committed to , passionate for and aggressive about? At times, I wonder if I've become too placid for who God has called me to be.

God, help me do what You ask of me with reckless abandon.