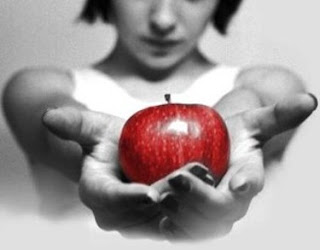 Since I watched the Lakers game last night, this article I received today carried some weight...

"Many years ago I was on an annual retreat with our church leaders. After a busy afternoon, most of us men decided to relax and watch an NBA playoff game. The Lakers weren’t playing very well, so the network kept switching back and forth from the game to coach Phil Jackson. As the gap in the score widened, he was getting more and more perturbed.

Just over Phil Jackson’s shoulder sat a woman wearing a low-cut blouse. Whenever the camera showed the coach, it also included the woman. Not her face, mind you, just what most red-blooded men would find most interesting. Not surprisingly, the network showed the coach a lot during the latter half of the game. With each shot of Jackson, we saw less of the coach and more of the seductive woman.

I noticed that our leaders grew more and more silent. Finally I blurted out, “Kinda hard to keep looking at Phil Jackson, isn’t it?” The guys burst into laughter as every ounce of tension fled away. I don’t think anyone there was guilty of lust, though that’s exactly how it can start.

In an unguarded, unexpected moment, something grabs our attention, and without appropriate boundaries and an honest acknowledgment of the temptation, we silently and secretly yield. We can dwell on the image, nurture it into a fantasy, and—even in the middle of a room full of believers—allow the impulse to drag us into lust.

Simply noticing an enticing image doesn’t qualify as a lack of self-control. However, what happens in the five seconds after may qualify, depending on what we choose to do."

This leads me to a verse I have put to memory a few years ago...
"I discipline my body and make it my slave so that I myself will not be disqualified after I have preached to others."
(1 Corinthians 9:27)

Obviously, the apostle Paul had the same tendency as the rest of us. I wish that the longer you followed God, the easier resisting temptation became...but it doesn’t. Even when Paul was writing those words, he still had to face a battle that never skips a day.