Jim Daly, key leader of Focus on the Family, has written a provocative article about celebrity Lady Gaga. I hope you spend some time reading...

"She was born Stefani Joanne Angelina Germanotta. A city kid, she lived in a duplex on the Upper West Side of Manhattan. Both parents were professionals. Her father was a corporate executive and her mother a vice president at Verizon.

Raised a Roman Catholic, Stefani was enrolled in Covenant of the Sacred Heart, a private all-girls school that dates back to 1881.

Former classmates report that as she grew older she also grew more eccentric, but still maintained a semblance of normalcy. In high school, she was reportedly the only one in her class with a job, waiting on tables at a local diner.

So how does one go from being a high school waitress named Stefani to assuming the outlandish identity of Lady Gaga, a singer whose hit song, Born This Way, was downloaded 286,000 times last week?

Not surprisingly, Stefani was drawn to music as a young girl. She loved the Beatles and Pink Floyd and even started her own classic rock cover band. But she found both classic and modern artists too tame and boring. So when it came to developing her own image, she became determined to stand out by sticking out. She studied the stars, from Prince to Madonna, and slowly carved out her niche.

A friend began to regularly critique her habit and style and once lectured her on always maintaining a consistent celebrity persona. 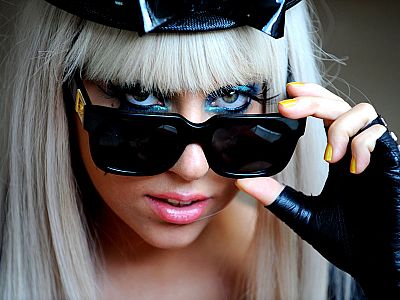 Stefani Germanotta has taken those words to heart, and reportedly wants even long-time friends to call her by her stage name, Lady Gaga. Her acts have become increasingly bizarre and disturbing, which is exactly her intention.


I am not inclined toward celebrity psycho-analysis, but when millions of young people download her music and watch her videos, parents are wise to take note of what the hype and hoopla is all about.

In Born This Way, the claim is made that you’re born heterosexual, homosexual, bisexual or transgendered. Don’t fight it - simply accept and embrace it. The problem is, researchers are not sure about what causes homosexuality. Many are concluding it is a complex combination of things, but it is not as clear cut as simply genetic material.

The pulse and pace of modern culture can usually be determined from its music and movies, not faith and reason. That a song advocating for a genetic determinative for homosexuality sits atop the charts is disconcerting, but not entirely shocking.

From the outside looking in, two things strike me...

First, by Stefani Germanotta’s own admission, she’s built her entire persona and celebrity on a platform that’s anything but typical. She is playing a part, a role, and not living as she would outside the bright lights. Put another way, Lady Gaga was clearly not born this way.

Second, and more importantly, the message found within the lyrics of Born This Way is in stark contrast to the message of the Bible. All of us are born into sin, the Bible tells us, with desires and resulting actions that separate us from God and put us at odds with His blueprint for our lives. But the Good News is we’re not hopelessly trapped in our sin and failure. Despite the fact that we were “born this way,” each of us can be set free – from homosexuality, or heterosexual sex outside of marriage, or pornography, or greed, or gossip, or any other human shortcoming – to be the men and women God intended us to be.

So why does Lady Gaga continue to try and shock and rattle the establishment? Why does any celebrity? Deep down, Stefani Germanotta wants to know what we all want to know. She wants to know that she matters. And you know what? She does matter - to the God of the universe, the Creator of heaven and earth."