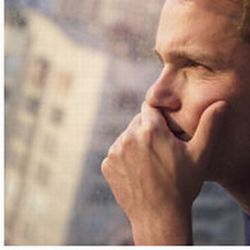 "When this man heard that Jesus had come, he went to him and asked him to come and heal his son, for he was at the point of death...Jesus said to him, 'Go, your son will live.' The man believed the word that Jesus spoke to him and went on his way." (John 4:47, 50 ESV)

I would've needed proof. Words would not have been enough for me. I would have asked for something more. The thought of leaving my last and only hope without proof would have been a struggle for me. I wonder if it was for that dad?

The best part is in the next verse..."As he was going, his servants met him and told him his son was recovering." (John 4:51)

He could have been forced to wait until he got all the way home to know the condition of his son, but his servants brought news of his son's recovery. I'm convinced Jesus knew his struggling belief.

Jesus, do you know my struggles as I 'walk in faith' trying hard to believe you're doing what you say? I ask what another dad asked..."Help me with my doubts." (Mark 9:24 MSG)